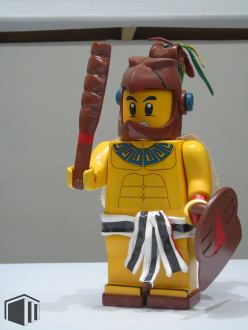 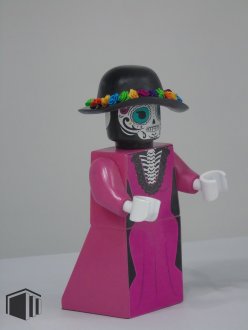 Recently  Mauricio Reyes lecturer in the CIDI-UNAM released a series of Mexican famous characters made in collaboration with his students. I must say that they look awesome!

This is an example of how the culture is a non static phenomena and always is mixing in order to create new ways of personal expression. With a very refined technique, these epoxy resin models of 20 cm recreates very well the traditional beloved characters with a very polished Lego aesthetics. Indeed, these figures make me think how important is the embodiment of artificial characters in order to make them engaging and likable. Two  very important features in the design of social robots.

Cantinflas, President Juarez, El Santo, The Weeping Woman, Blue Demon, Sub-commandant Marcos, the inventor Guillermo Camarena (He studied in my first Alma mater, the IPN) and other well-known Mexican characters in the domestic domain are there.  Most of them are well recognized by my fellow Mexicans;  others are less known as the founders of the CIDI, and sport people as the runner Ana Gabriela Guevara that hardly is known outside of Mexico.

I am so sure this collection and the international exposition that is having will push the curiosity of the people and they will try to investigate more about them. Likely these Mexican characters will be better know offshore in the next years thanks to this attractive collection. Let’s see who are next Mexican celebrities added to the collection. Well done Mauricio!